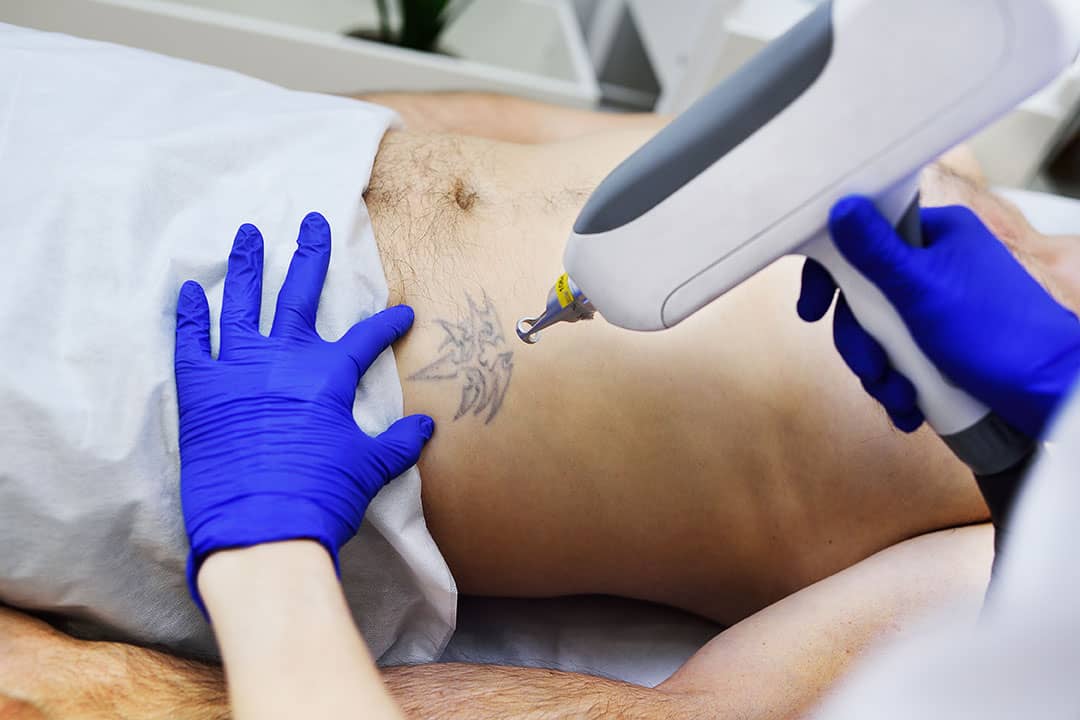 Recent studies suggest that laser tattoo removal is more successful than ever. The key to its success is finding the right factors that determine tattoo removal success.

There are many factors that determine tattoo removal success, and we’re going to explore them in this article. First, the laser tattoo removal process must be performed by a qualified medical professional trained in dermatology or cosmetic surgery. Secondly, the pain factor associated with laser-assisted tattoo removal is determined by the extent of ink coverage and type of ink used in creating the design; tattoos with limited ink coverage tend to require less treatment sessions than tattoos created using black or dark-colored ink. Finally, it can take months or even years for a patient’s scar tissue to fully heal after undergoing multiple treatments; this factor has an impact on how successful

Ink color: Typically green, blue, and black inks are easier to remove, while red, orange, yellow, and white inks are progressively more challenging. New devices, such as the PicoSure laser, have improved the efficacy and efficiency in treating these tattoo colors. A recent study demonstrated that 1-2 treatment sessions led to at least 75% clearance of blue and green pigments with the PicoSure device, with more than two-thirds of tattoos approaching 100% clearance. Another 2012 study also showed 75% clearance in black pigment as early as 2-4 treatment sessions.

Tattoo Age: Older tattoos are prone to pigment fading and may be more easily removed compared to newer tattoos.

Tattoo Size: One variable that is undisputed is that larger tattoos require more treatments than smaller tattoos. A 2010 study published by the Journal of the American Medical Association noted that tattoos over 12 inches in diameter were least successfully removed after 10 treatments.

Smoking: The study mentioned above also directly linked the negative effects of smoking on tattoo removal. Subjects who smoked regularly had a 70% lower rate of removal after 10 sessions compared to their non-smoking counterparts. This lower success rate is most likely related to smoking’s direct effects on wound healing.

Skin Color: Tattoo removal is more effective for individuals with lighter skin (specifically Fitzpatrick type 1 or 2 skin types). Because lighter skin does not significantly absorb laser light, most of the laser energy is focused on the tattoo pigment. In contrast, dark skin siphons a portion of laser light from the tattoo. Also, most laser operators use lower energy settings on patients with darker skin types, as they are more susceptible to unwanted side effects.

Location: Tattoo removal is harder in areas that have a limited vascular supply and slower healing. Thus, tattoos on the feet, lower legs, or hands require more treatments than tattoos in areas like the chest or back.

Amount of Ink: The amount of ink used is another parameter that affects laser tattoo removal. Professional tattoos have a greater density/volume of pigment that resides deeper in the skin. On the other hand, amateur tattooing is usually uneven, superficial, and done with dramatically less ink.

Scarring or tissue damage: Some people, especially those with dark skin types, are at risk for developing scars or other tissue damage during the tattooing process. Ink pigment that resides under scar tissue is much more difficult to remove and requires more treatments.

Layered Tattoos: Layered tattoos (which often occur when a patient tries to cover up their initial tattoo with another one) are difficult to remove and require significantly more treatments than singular tattoos. Most tattoo ink is translucent, meaning it is necessary to use darker ink tones to cover previous tattoos. Since the new layer is larger and darker (and layering increases the overall volume and density of ink), full removal can be very difficult. 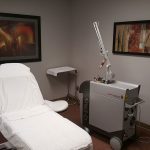 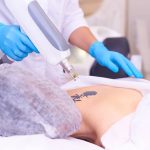